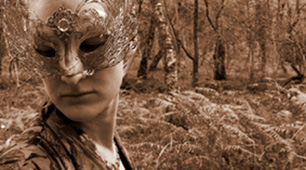 Entering the performance space of Olivia Moore’s Manchester Jazz Festival commission and you are immediately composed for the hour ahead. With only 60 seats in this studio venue there was a sense of intimacy from the very beginning. This was amplified by the low level lighting and dull Eastern drones that enveloped the room and acted to suitably prepare the audience for the almost meditative concert that was about to ensue.

If the aim of the MJF Originals scheme was to give regional composers the time and financial backing to produce something new and above all personal, then in this regard Mask is a huge success. It is apparent that Moore has had complete creative freedom on this project and has injected herself both musically and spiritually into the work. Throughout a series of musical passages and integrated short films the audience is taken along a narrative that charts childhood innocence, the disconnection of adult city life and eventually the reconnection with self through spirituality and nature. Whether this is biographical is left ambiguously, but it is obvious from Moore’s passionate delivery that this work is personal to her in many ways.

Musically, the compositions are mostly textural with members of the group improvising together to create vast sways of sound. Stuart McCallum is perfectly placed on this occasion and utilises his trademark guitar loops and echoes to great effect, while particular mention should also be made of John Ball whose work on the tabla and santoor (an Indian stringed instrument) gave colour and vibrancy to the work. Moore herself can obviously play the violin with great dexterity, but for the most part she used it with economy and for this she must be credited; although this was her project, this was a group effort musically and it shows her maturity as a leader that she gave so much space to others involved. 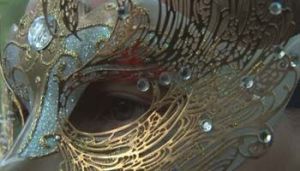 This was a multi media project with the music being illustrated throughout by a series of short films and visual collages. These images were projected on a large screen behind the performers who were bathed in low light throughout. Sadly there were times when the visuals just didn’t work and their blunt and slightly ham fisted delivery of the message often acted as a distraction against the subtlety and challenging nature of the music being created. The film at times made it feel as though we as audience members were being forced down a narrative path whether we liked it or not; and although it is understandable that Moore wanted to get her message across, in all honestly the music was powerful enough to do this on it own without the babbling waterfalls or silly footage of our muse stroking trees and rolling around on the forest floor.

That being said, this was a musical experience in the truest sense, and it did feel as if we oversaw something truly original, spontaneous and thoughtful.

This entry was posted in Live Reviews, Manchester Jazz Festival 2009. Bookmark the permalink.